Several wild horses escape as a helicopter is used by the Bureau of Land Management (BLM) to gather wild horses into a trap along Highway 21 near the Sulphur Herd Management Area south of Garrison, Utah. Cats crowd the harbor on Aoshima Island in the Ehime prefecture in southern Japan on Feb. 25. An army of cats rules the remote island in southern Japan, curling up in abandoned houses or strutting about in a fishing village that is overrun with felines outnumbering humans six to one. A man carries a sailfish through the district of Hamarweyne in South Mogadishu, Somalia An Asiana Airlines aircraft, which skidded off the runway, is photographed at Hiroshima airport, Japan. The aircraft struck a communications tower as it came in to land, leaving dozens of passengers with minor injuries 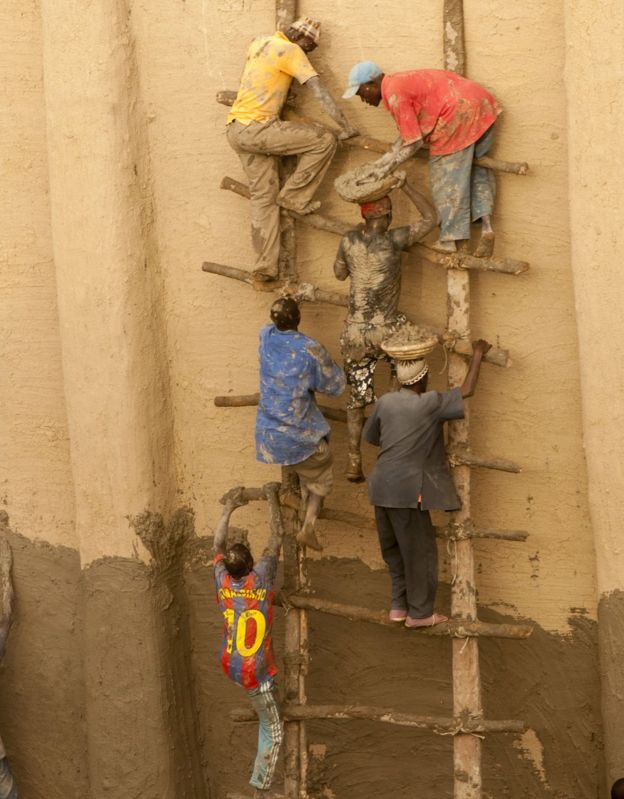 Every year for one day a whole town of thousands gets together to cover this massive mosque in Mali in mud as Alex Duval Smith & Nadia Zephinie report.- BBC

Actors Zac Efron and Robert De Niro film scenes for their new movie Dirty Grandpa, in Tybee Island, Georgia. The comedy – which is due to be released in cinemas next year