Children try to push an injured dolphin back into the water after it washed ashore during bad weather and high tide on a beach in Cilacap, Central Java, Indonesia on Aug. 12. Visitors admire the landscape at the Zhangye Danxia Landform Geological Park in China on Aug. 6. 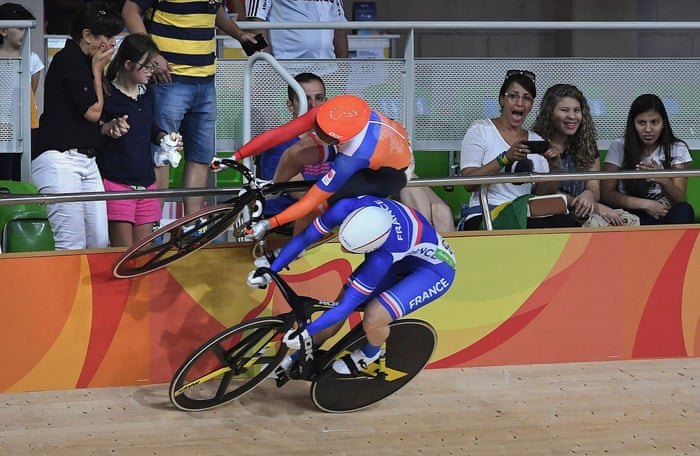 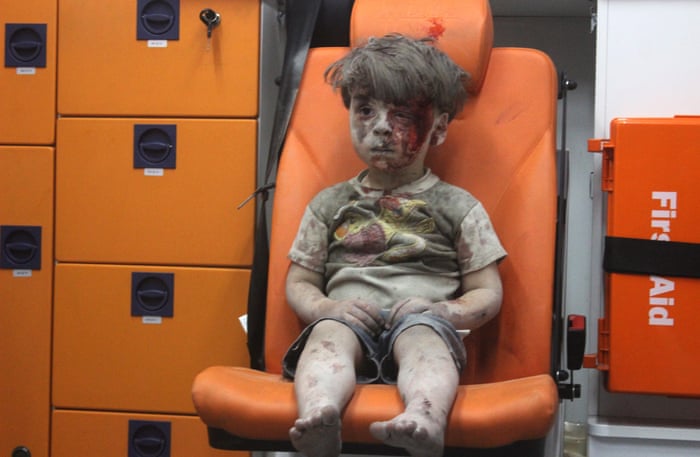 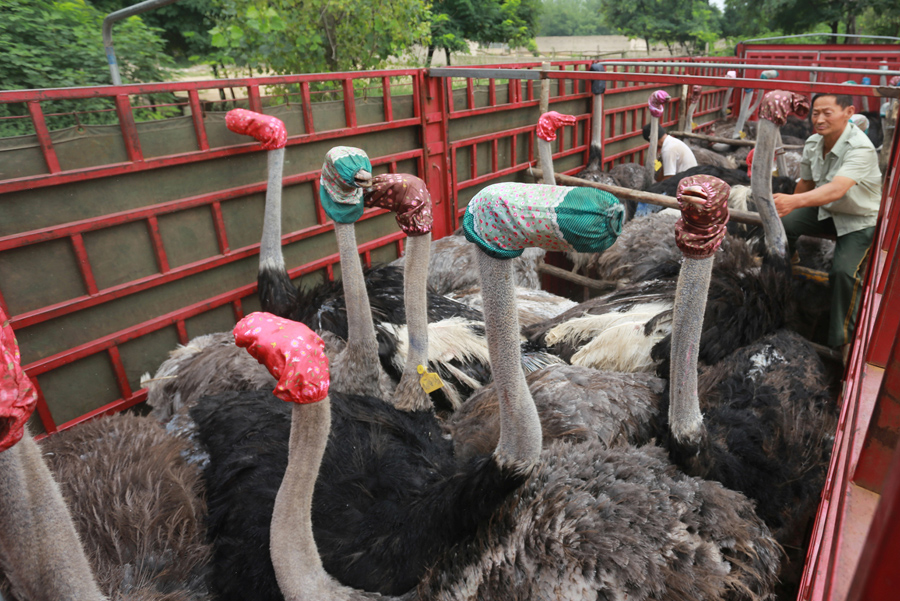 Ostriches wear masks as they are transported by a truck for relocation in Zhengzhou, Henan Province, China, on August 8, 2016. 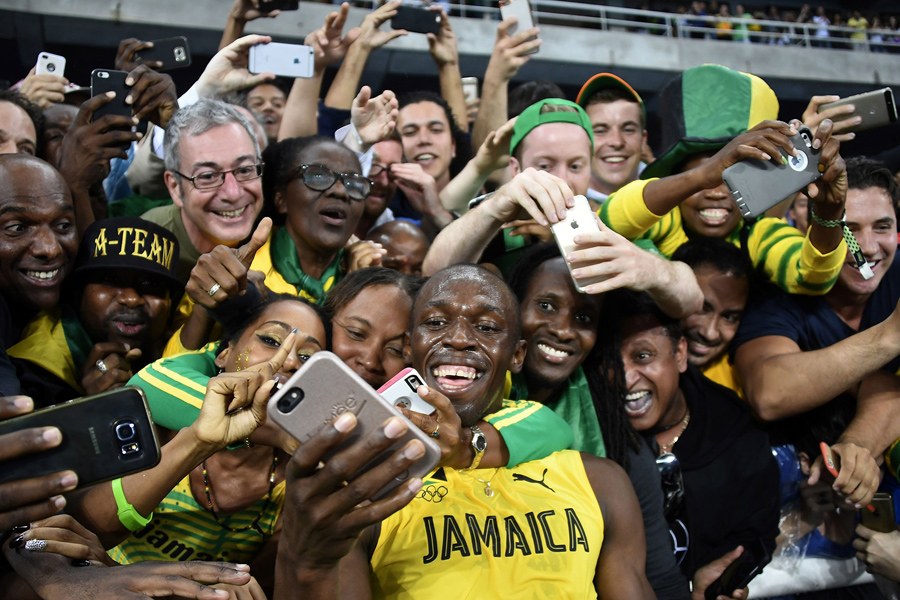 Jamaica’s Usain Bolt takes selfie photos as he celebrates with fans after winning the Men’s 200m Final at the Rio 2016 Olympic Games in Rio de Janeiro on August 18, 2016. 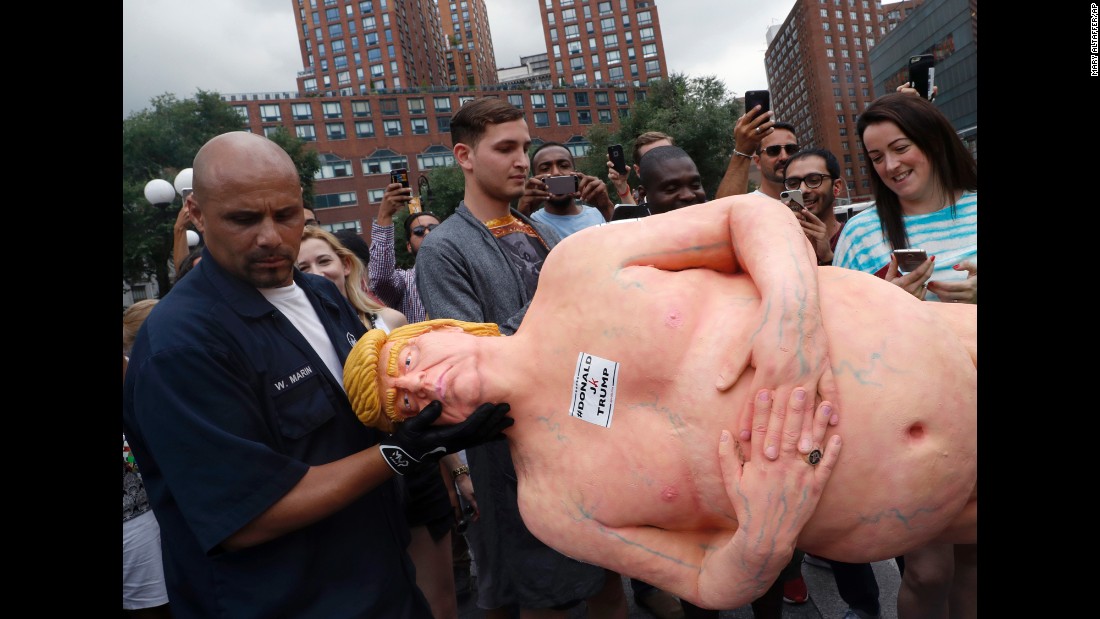 An employee from the New York City Department removes a statue of a naked Trump.

Starring Lais Ribeiro, Bottletop reveals a series of costumes it created for the Opening Ceremony of Rio 2016 made from up-cycled materials including enameled metal tabs and Swarovski crystals.